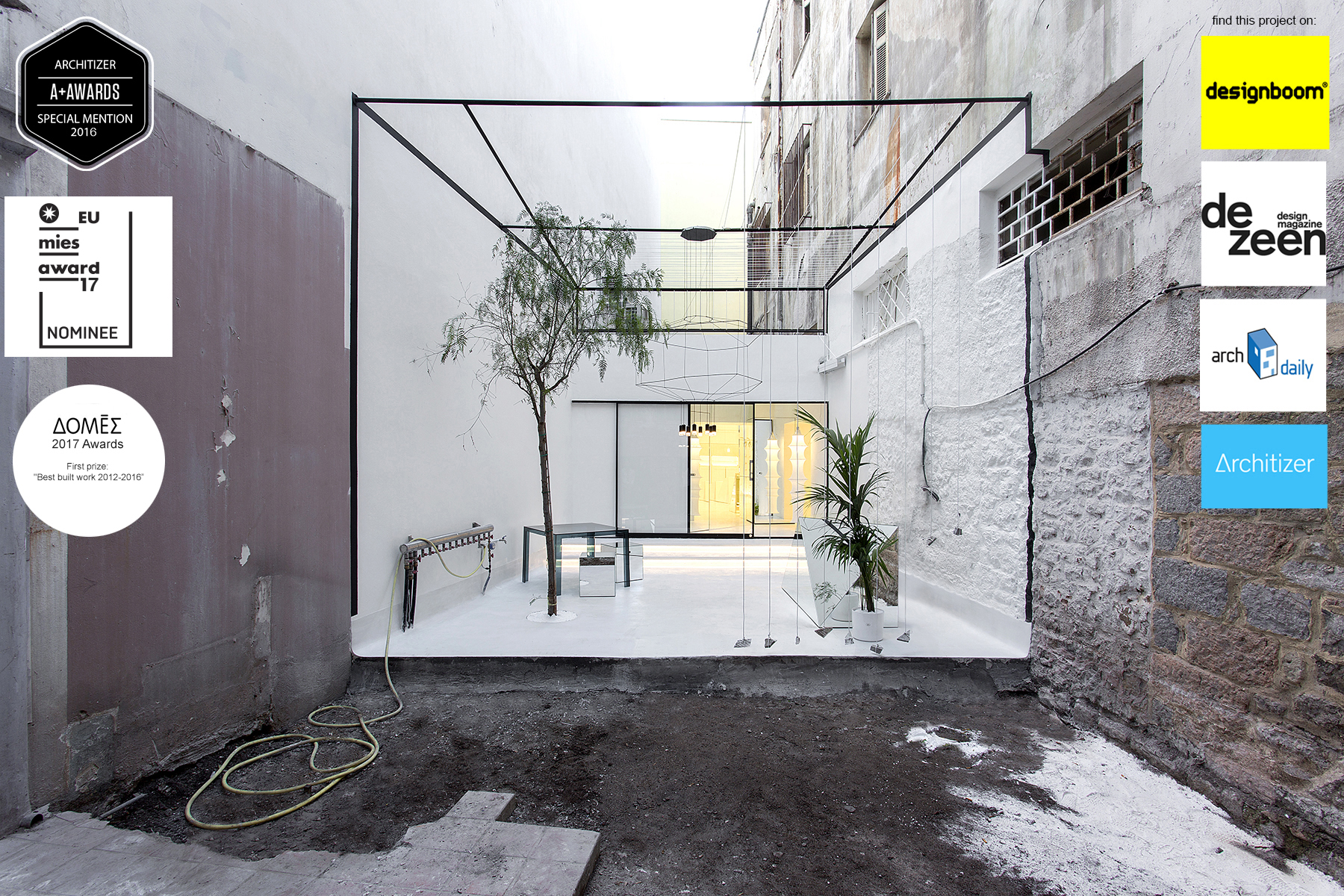 The optical shop C_29 / ’Optimist’, is an interwar listed building of a total surface 90m2 and is located in the centre of Chalkida.

The space is airy and expands along the central market and the back courtyard / patio which is formed in the core of the building. The building itself is a composite construction with the ground floor being made of bearing masonry and the two floors of reinforced concrete bearer and filling brickwork.

The main design aspect was the creation of a gradient technique in the texture of materiality in order to emphasize the reflection and the absorbance of light. This gradient tool continues to exist and plays a significant role even to the choice of materials, resulting in their sound existence or their theoretical absence in the formed space. Some utilitarian objects are transformed into prismatic sculptures.

The courtyard space is defined by an imaginary cube. What is more is that the plan does not allow visual contact to the courtyard and the shop. Therefore, there is formed a wall at an angle of 45 degrees in the intermediate space fully covered by mirror , which results in visual continuity between the two spaces. 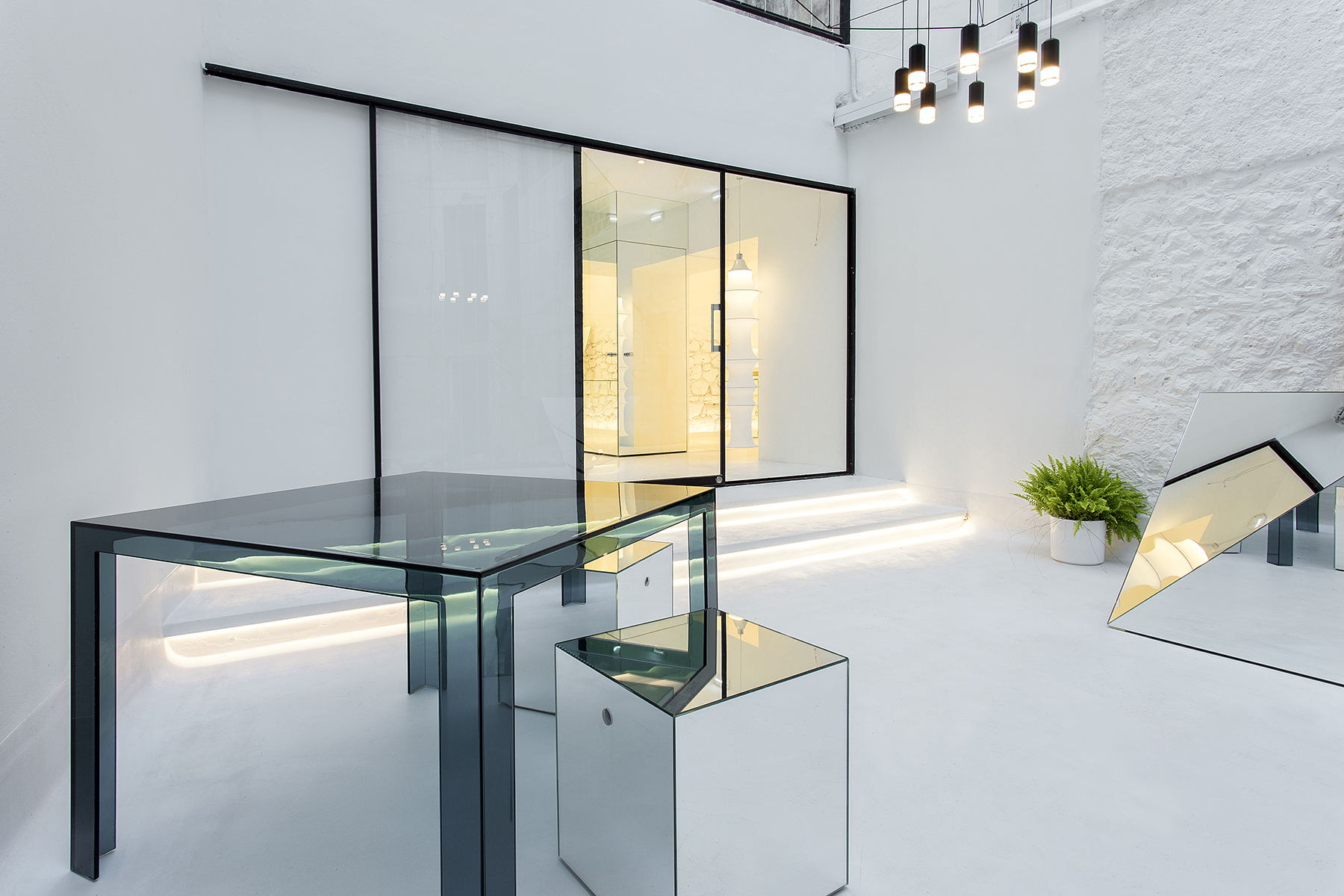 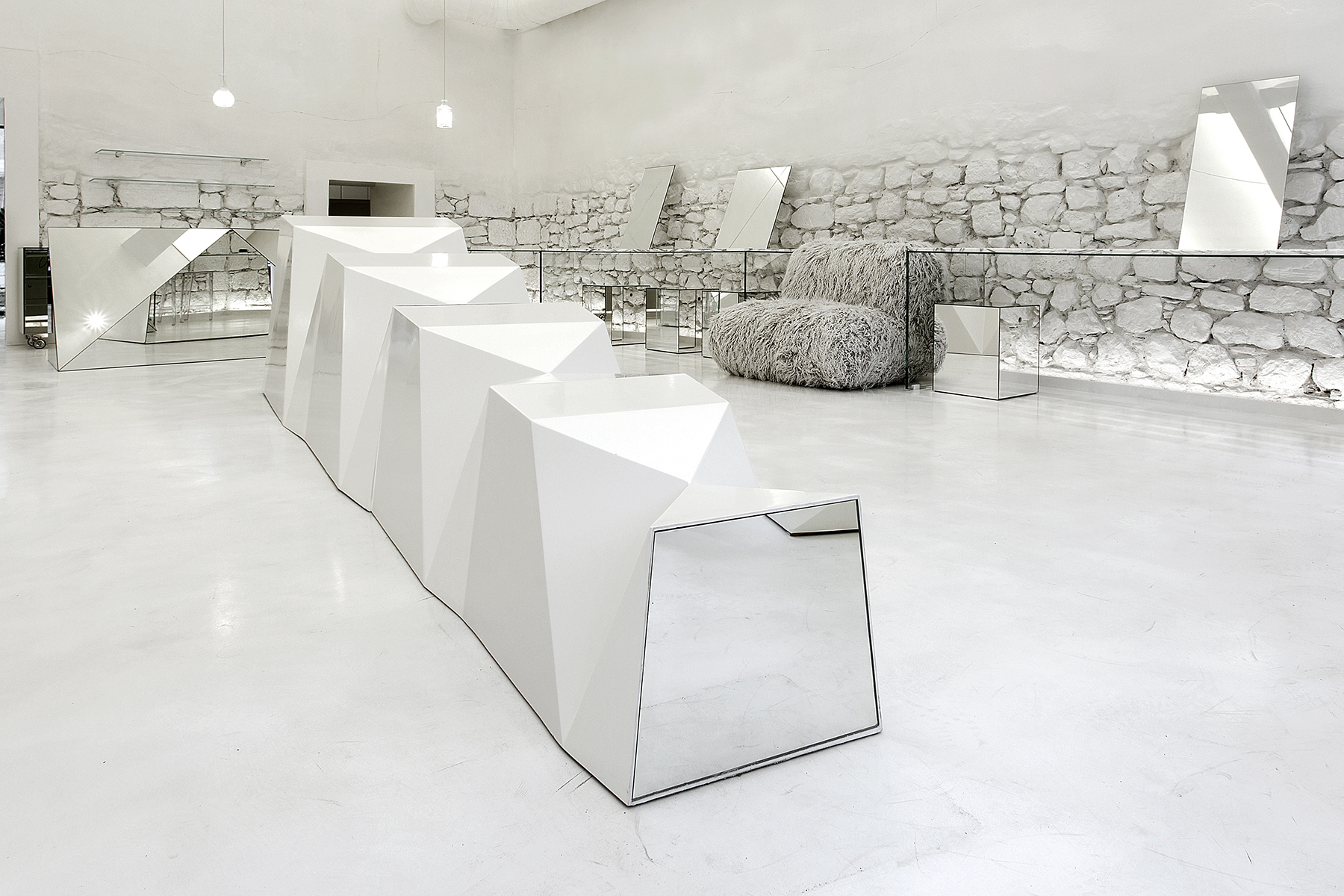 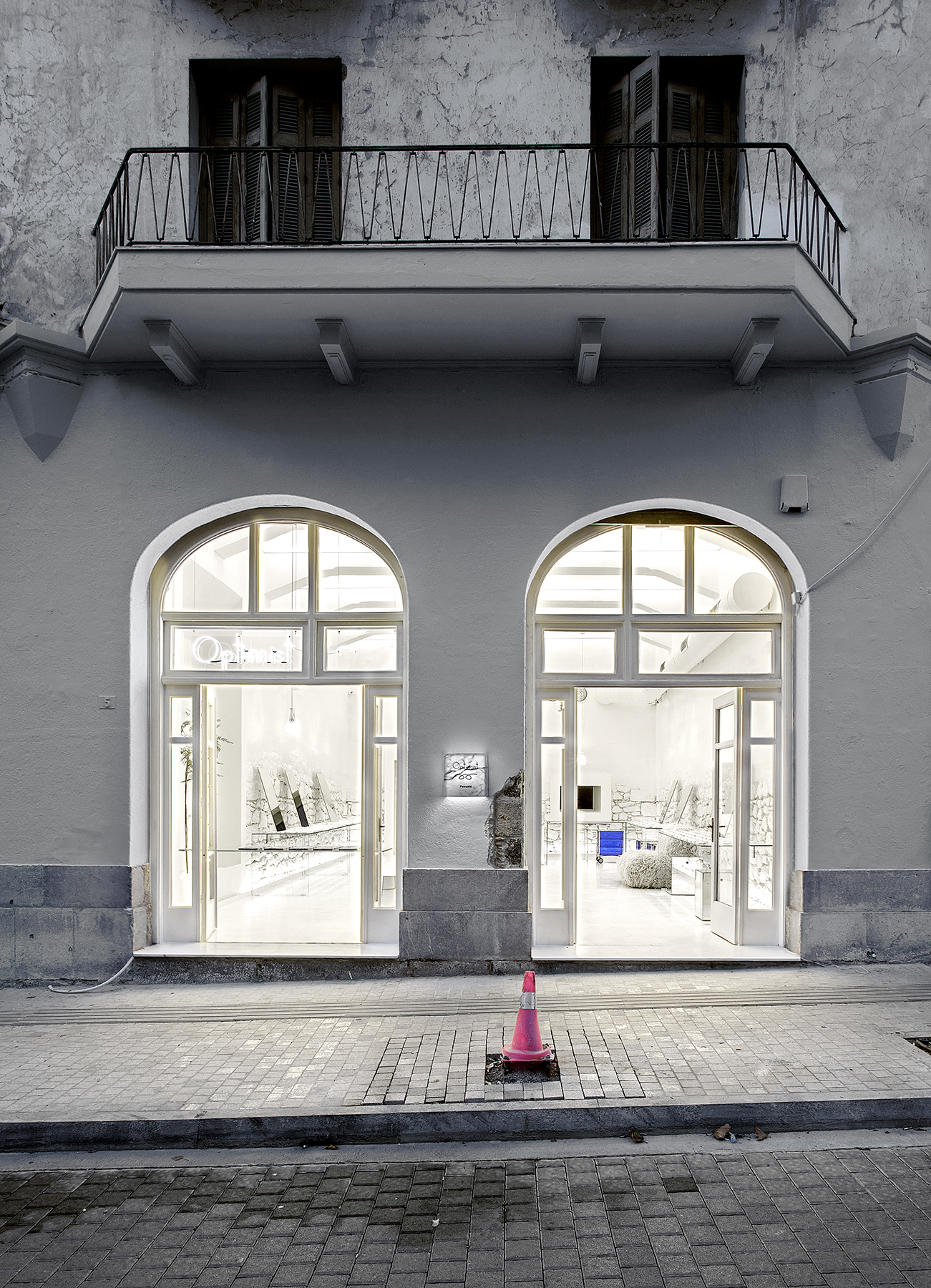 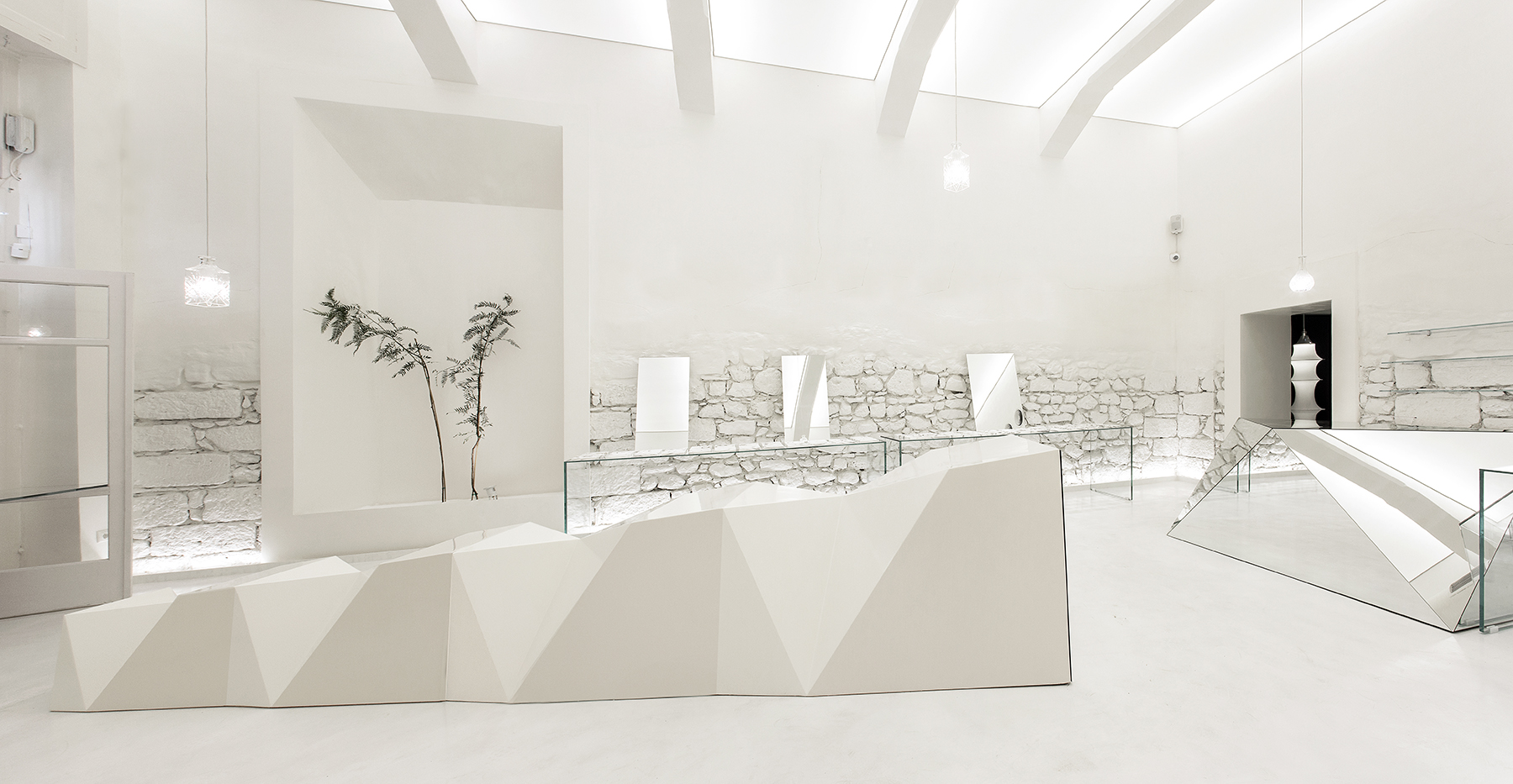 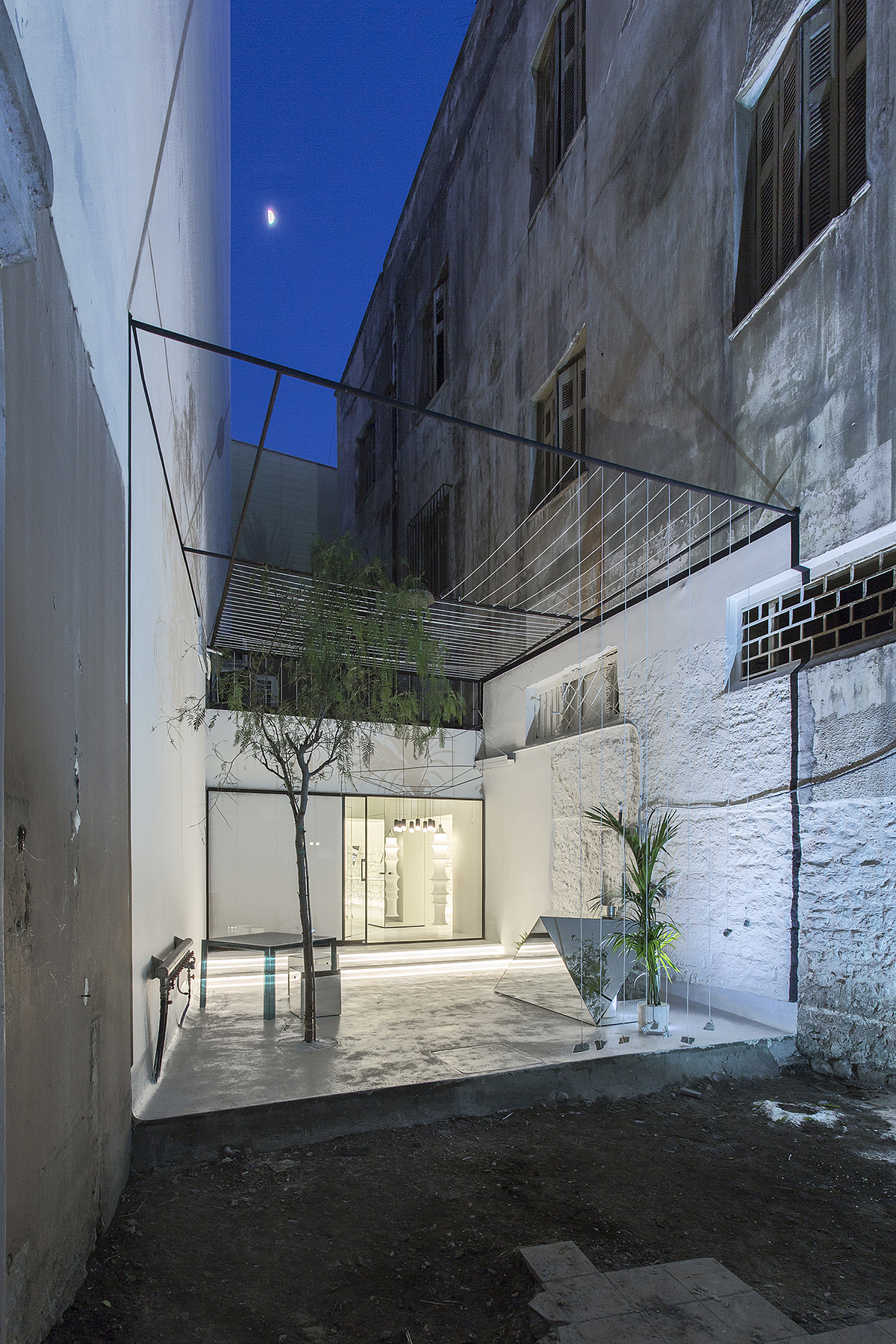 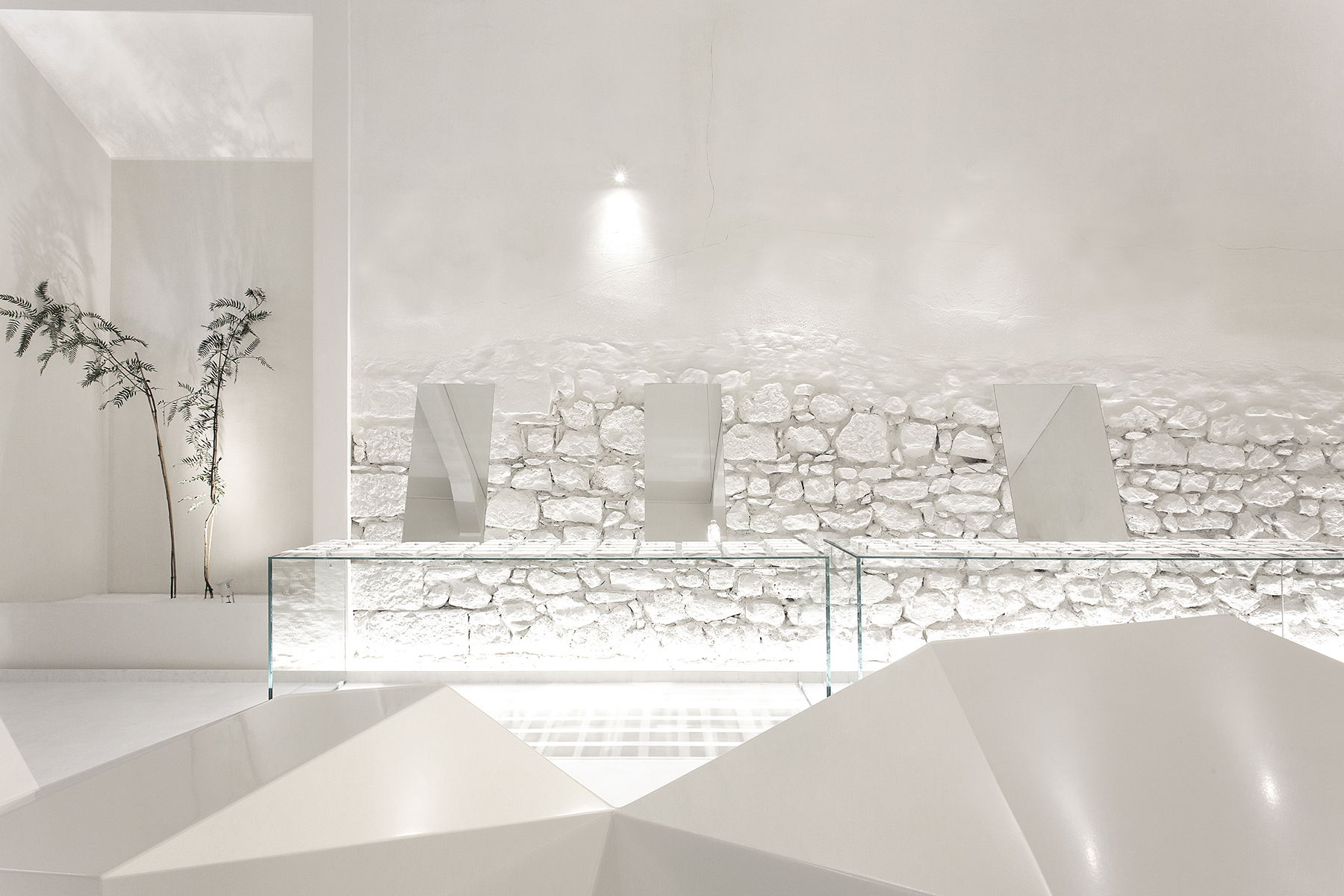 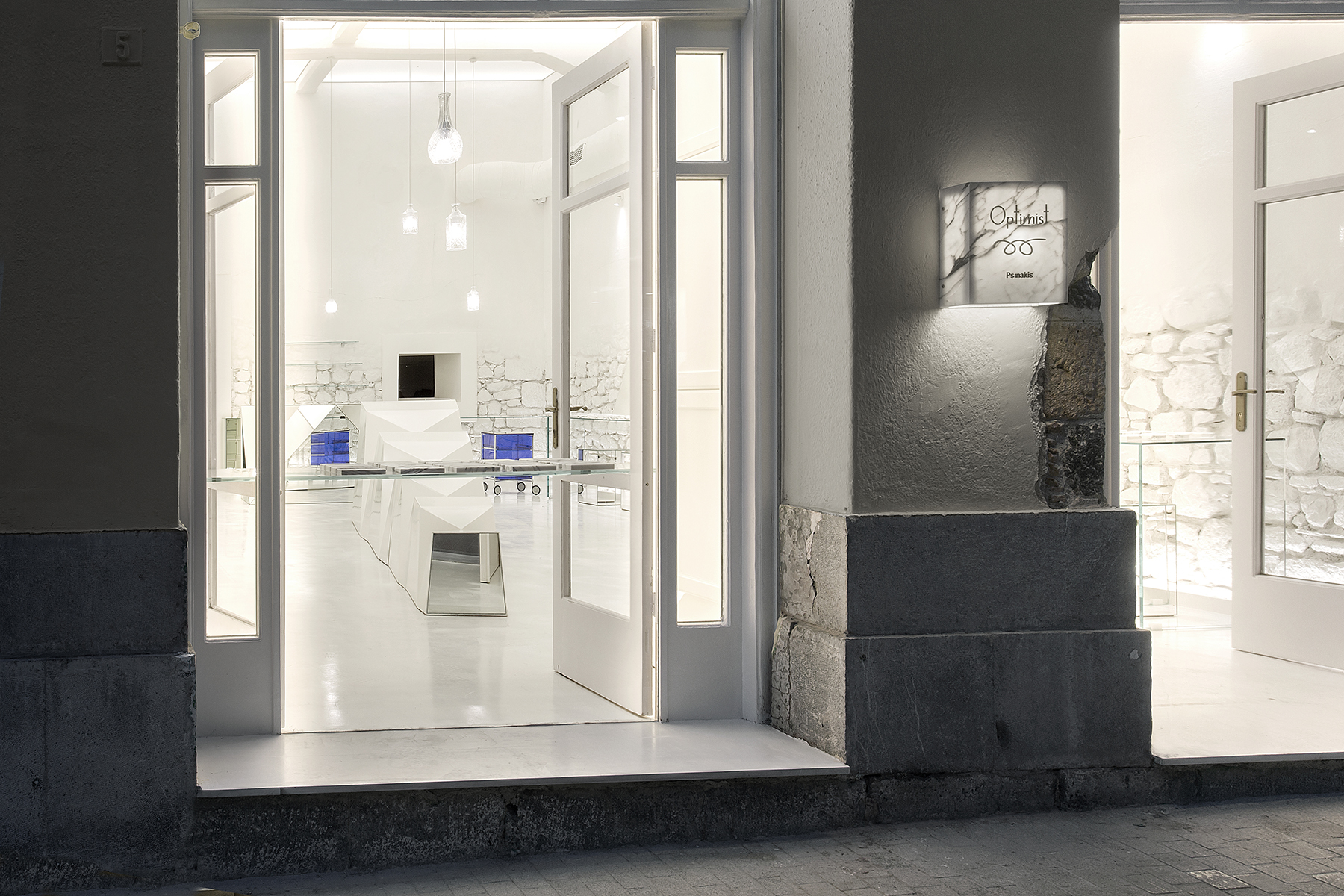 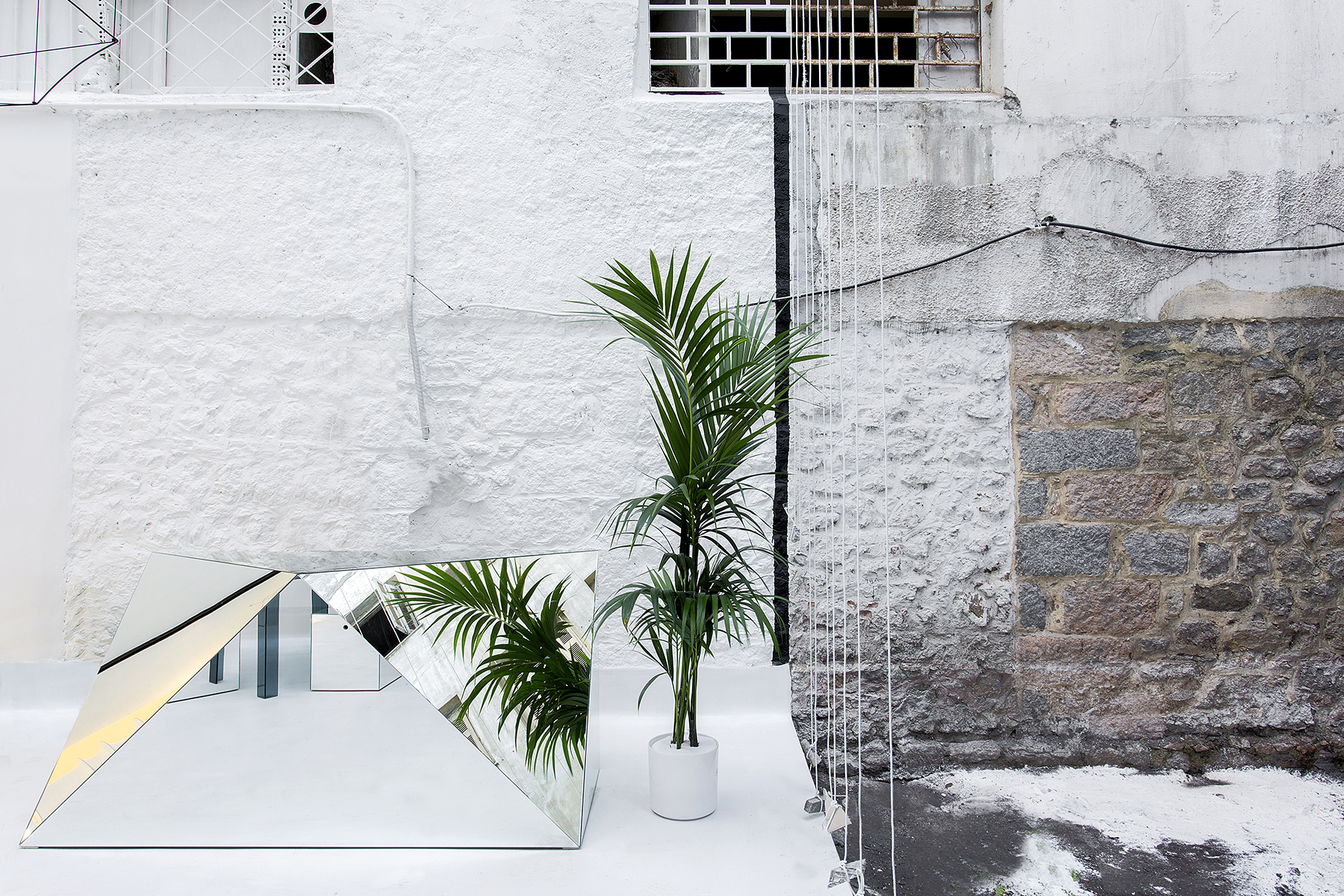